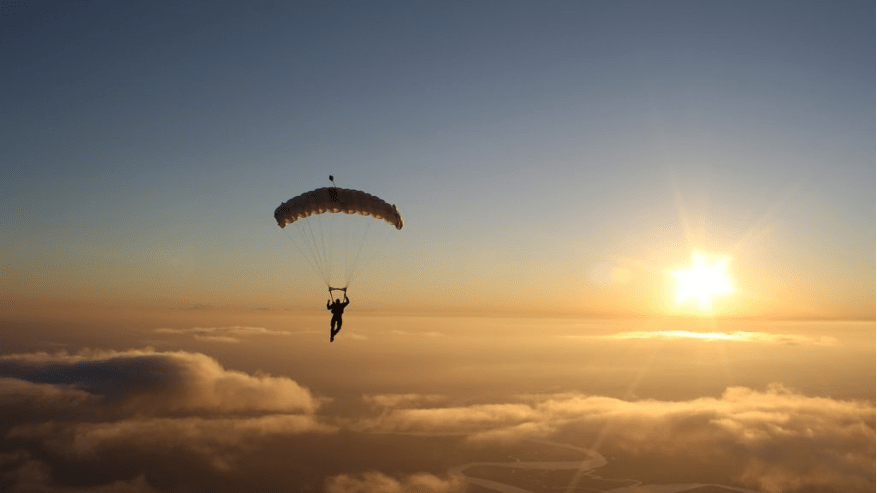 by Becky BrenningFebruary 3, 2021in Key News

JUST A REMINDER!  What may seem minor or unimportant to you, is needed for a reason.  We depend on each other every day in ways we are not always aware of.

This story proves the importance of teamwork. It is about a US jet fighter pilot in Vietnam – Charles Plumb.

He had completed 75 combat missions when he was shot down. Plumb was ejected and parachuted into enemy hands, where he spent six years in a Vietnamese prison.  After his release, a man approached him one day and said, “You’re Plumb! You flew jet fighters in Vietnam from the aircraft carrier Kitty Hawk. You were shot down!” Plumb was confused and asked how the man knew about that. “I packed your parachute,” the man replied. The man then shook his hand and said, “I guess it worked!” Plumb assured him it had and said, “If your chute hadn’t worked, I wouldn’t be here today.”  Plumb thought a lot about that man who held the fate of someone he did not even know, in his hands. He kept pondering how many times he might have seen the guy, and not even said anything because he was a fighter pilot, and the stranger was just a sailor.” Charles Plumb is now a motivational speaker telling this story to hundreds. After telling it, he always asks his audiences, “Who’s packing your parachute?”In our life, be it personal or work related, many people have a hand in our parachutes. Are you taking the time to acknowledge, thank, and reward them? It is very easy to overlook the work of many. It takes a lot of people to create a team.